The comma (,) is used in this dictionary solely for the purpose of separating alternative English equivalents for a single Hungarian entry-word or idiomatic expression. In general no comma is printed here within a Hungarian sentence or an English equivalent phrase, even where the rules of punctuation would require one. In the few cases where ambiguity or obscurity would result from the omission of a comma, the comma is retained and set in parentheses

Parentheses indicate parts of an English word or phrase which may be omitted without materially altering the sense, e.g. eromu : power (generating) plant. Similarly stubblc(-field) under tarld stands both for stubble and for stubble-field. The prepositional, adverbial or other complement of the English word is likewise often put in parentheses, e.g. fontos szerepet jatszik take an important part (in sg).

Numbers in parentheses (1), (2) etc. serve to distinguish the several meanings of some Hungarian phrases.

The oblique stroke (/) is placed between synonymous or alternative words of some Hungarian and especially English phrases. It indicates that either (but not both) of the words between which this stroke stands may be used. Thus under the entry feltA- pAszkodlk the English form struggle/stagger to one’s feet means that both struggle to one’s feet, and stagger to one’s feet are equally good equivalents of the Hungarian word. With hyphenated English compounds this interchangeability of the words separated by the oblique stroke applies only to the words immediately preceding and following the oblique stroke, and does not extend beyond the hyphen. Thus the English equivalents of the Hungarian gyAJt6szeg are telescoped as firing-needle/pin which means that either firing-needle or firing-pin may be used to render the Hungarian term.

The editor wishes to express his thanks to all those who have aided him in the preparation of this dictionary, abridged from his great Hungarian—English Dictionary published in 1953. The first edition (1955) of this Concise Hungarian —English Dictionary was compiled with the help of Dr. Agnes Bekds and Mrs. Marianne TamAska, while in this the present revised and enlarged second edition Mr. TamAs Magay.and Mr. KAroly Sailer were his principal helpers, to all of whom the editor feels greatly obliged.

2.3.2  Non-equivalence at word level and some common strategies for dealing with it 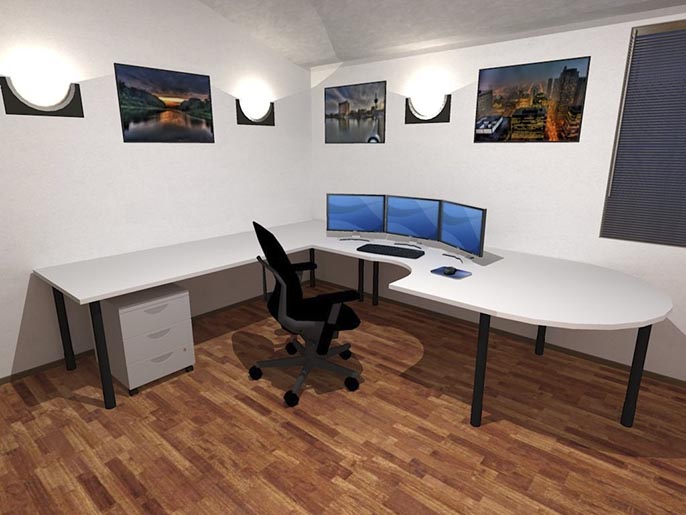 used by professional translators. It is neither possible nor helpful to attempt to relate specific types of non-equivalence to specific strategies, but I will comment on the advantages or disadvantages of certain strategies wherever possible.

The following are some common types of non-equivalence at word level, with examples from various languages: (a) Culture-specific concepts

The source-language word may express a concept which is totally unknown in the target culture. The concept in question may be abstract or concrete; it may relate to a religious belief, a social custom, or even a type of food. Such concepts are often referred to as ‘culture-specific’. An example of an abstract hungarian transcription rates ft eur English concept which is notoriously difficult to translate into other languages is that expressed by the word privacy. This is a very ‘English’ concept which is rarely understood by people from other cultures. Speaker (of the House of Commons) has no equivalent in many languages, such as Russian, Chinese, and Arabic among others. It is often translated into Russian as ‘Chairman’, which does not reflect the role of the Speaker of the House of Commons as an independent person who maintains authority and order in Parliament. An example of a concrete concept is airing cupboard in English which, again, is unknown to speakers of most languages.

The source-language word may express a concept which is known in the target culture but simply not lexicalized, that is not ‘allocated’ a target-language word to express it. The word savoury has no equivalent in many languages, although it expresses a concept which is easy to understand. The adjective standard (meaning ‘ordinary, not extra’, as in standard range of products) also expresses a concept which is very accessible and readily understood by most people, yet Arabic has no equivalent for it. Landslide has no ready equivalent in many languages, although it simply means ‘overwhelming majority’.

A PRACTICAL GUIDE FOR TRANSLATORS whether to work for translation companies and agencies or whether to try and build up your own client base. There are advantages to both approaches.

It is perhaps worth giving a brief definition of translation companies and agencies. The former have their own in-house translators as well as using the services of freelances whereas the latter act purely as agencies, or translation brokers, and thereby rely solely on freelances. (I'll refer to translation companies and agencies collectively as "agencies" for convenience since this is how clients perceive them). If you work for translation agencies you will be able to establish a good rapport. This will ensure a reasonably steady stream of work. You will also have the option of saying "No thanks" if you have no capacity at the time. It will also keep your administration to a low manageable level.

The fees offered by translation agencies will be hungarian intensive course district 9 lower than you can perhaps demand from direct clients. But consider the fact that agencies do all the work of marketing, advertising and selling to get the translation assignments. All you need do as a freelance, essentially, is to register with them and accept or reject the assignments offered. Working for translation agencies will also allow you to build up your expertise gradually.

Reputable translation agencies also make additional checks on the translations you submit. They may also spend a considerable amount of time reformatting a translation to suit a client's requirements. The fact that an agency performs these additional tasks does not in any way absolve you from producing the best possible translation you can for the intended purpose.

A word of caution

It is unethical to approach a translation agency's clients directly and attempt to sell them your services. You may consider it tempting but it is viewed as commercial piracy. (Remember all the legwork done by the agency in cultivating a client.) It will take you some time to establish a reputation as a translator. That reputation could be damaged irreparably if you attempt commercial piracy. The world of translators is quite small and word gets around incredibly quickly if you act unprofessionally.

If you decide to work with translation agencies, all you need to do is register with a number of them and hopefully you will receive a regular supply of work. The level of administration you will need to deal with will be quite small. You will need to advertise if you want to work directly with clients and this requires quite a different approach. There will be additional demands on your time which will swallow up productive and fee-

HOW TO BECOME A TRANSLATOR

earning capacity. Approaching potential clients directly requires a lot of work. The table below will perhaps allow you to make your own judgement.

Some people are a bit tetchy about doing a test translation. After all, you may argue that you have your degree - isn't that enough? Consider the small amount of time you may have to spend on a test translation - it's not very long. (Would you buy a computer or car without testing it first?) A test usually amounts to a page or so. I have however seen a case where a potential client has asked for a complete chapter from a book to be translated free of charge as a test! I often wonder if the client concerned has got the whole book translated free of charge by sending a different chapter to the required number of translators. Performing a test translation will give you a chance to shine and could be the start of a long-term working agreement.

A PRACTICAL GUIDE FOR TRANSLATORS

Pronunciation of Consonants
As we have already seen, Hungarian consonants can be both long and short. (Ircat care should be paid to the differences in length. The long consonants are pronounced two or three times longer than the short ones. Although the double consonants in English (sitting, happy, fuss) indicate only the shortness of the preceding vowel, since in pronunciation they are themselves short, (he formation of the Hungarian double consonant begins in the preceding syllable and finishes in the following one, e.g.:—
eppen [e:p-psn] just                             ketto [kst-to:] two
ebben [sb-bsn] in this                          lenne [lsn-ns] it would be
If a word ends with a double consonant and is followed by a word beginning with a vowel or a break in speech no further statement, full stop or a comma, then the double consonant is pronounced as a medial sound:—
jobb [jobb] right (hand side)            jobb oldal [jobboldal] the right side
If the double consonant is followed by a consonant without a break in speech, then the double consonant is pronounced short:—
jobb lab [job laib] the right leg
Forditas
Alexander Petofi is one of the greatest Hungarian poets. He offered up his life for is country and for liberty. He fought not only with his poems, but also with deeds. At the age of twenty-six he fell in one of the last battles of the 1848—1849 Hungarian War of Independence.
While still a very young man (kora ifjusdgaban) he got to know the life of the Hun­garian people for as a student and later as an actor and soldier he wandered to every corner of the country. He knew the people, their language, their emotions, their way of thinking and their aspirations. He wrote as the son . of the people for the people. He proclaimed that the true poet must be the leader of his people, he must write so that everybody can understand him. The true poet bears the banner of his people, he lives and dies for it. In political life he fought for a just distribution (elosztas) of material benefits (javak) and for the rights of the people. In the revolution on 15th Marchl848 he was one of the leaders of the youth. Petofi did not only fight for the freedom of his own country but also for the freedom of all oppressed people in the (= of the) world.
He belongs not only to Hungary but to the whole world. His poems have been translated into nearly all the languages of the world.
Beszedgyakorlat
Describe in your own words “The Events of 15th March 1848 in Budapest”.
Fogalmazas
Write a composition about the life of a great English poet.